As I sit and look at the Denver sunshine, I continue to ruminate my memories, thoughts and lessons learned from the past year. I started writing the familiar and highly overdone best/worst tribute post, but it doesn't really work for me. I then shifted my focus and tried to pick several memorable moments. After a bit of work, I soon realized that the whole thing was going to end up being a list of links to previous entries. The more I thought about it, the more I saw that writing a year-end recap before the year was over was too soon. Why? Because everyday, good or bad, of 2012 is part of this adventure dubbed my life. Thus, I am still trying to harness my year into some form of an organized and meaningful menagerie of words. I often wish I could blog from the seat of my bike or in final savasana on the yoga mat. The words dance gracefully in my head, the sentences are harmonious and the world is a stream of clarity. If I could get these thoughts, inspirations and words onto paper in the same way, my Pulitzer prize worthy book would be in publishing right now. Why is it when I open my laptop, the words trip and stumble out instead of dancing gracefully, the sentences seem out of tune and the stream now seems like a watering hole for a herd of cattle?

So, until I get the cowshit out of my stream of writing, I give you the adventures of the final two days of 2012:

Freeze training in the form of 3K' of climbing on the loaded Pugs followed by a windy, cold descent. My gear kept me warm and my legs somehow got the heavy two-wheeled beast to the top. 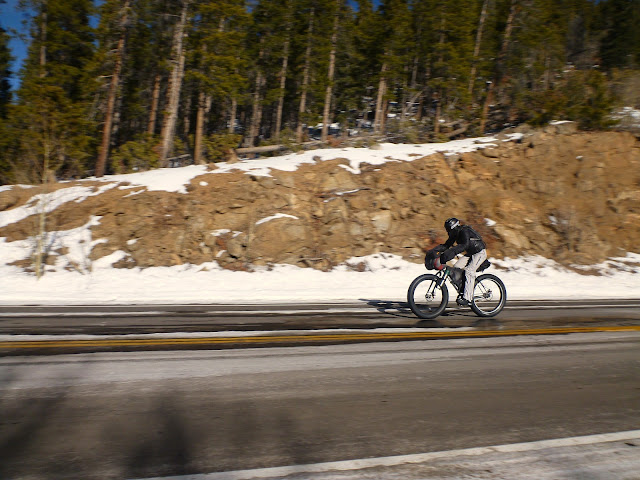 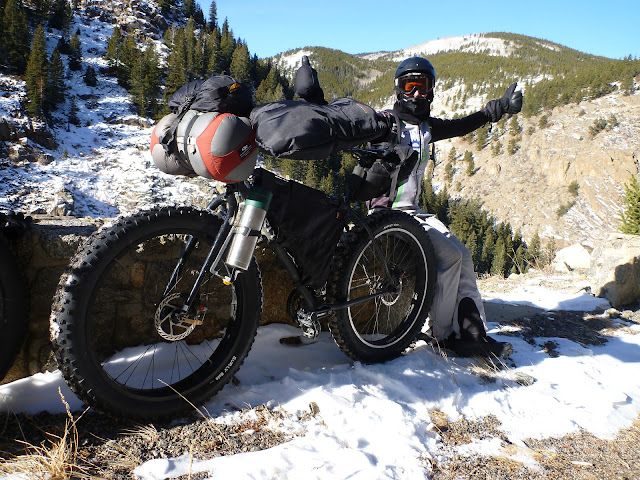 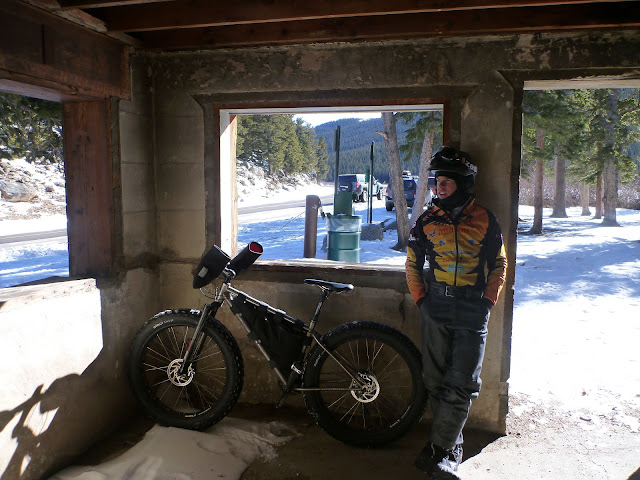 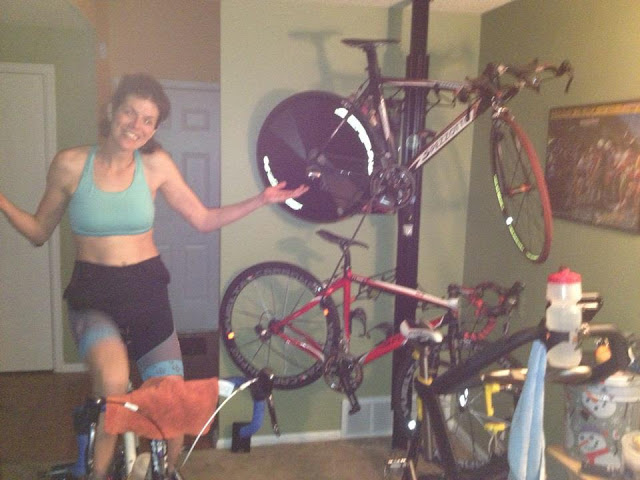 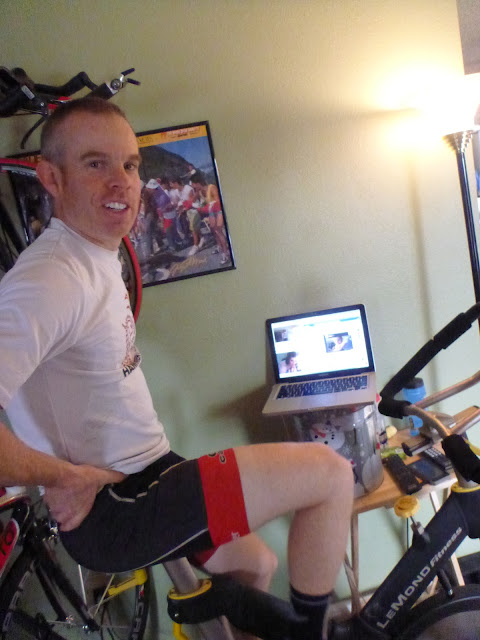 This is a mental sufferfest of 12 hours on the spin trainer. Yeah. From noon to midnight yesterday, we rode the spin trainers. We watched movies, ran a live feed from the living room, but predominantly, pedaled out of 2012 and into 2013. We had a couple friends join us for about 4 hours. They came at the halfway point and brought a ton of energy and laughs. Thanks, Matt, Lance and Debbie!! 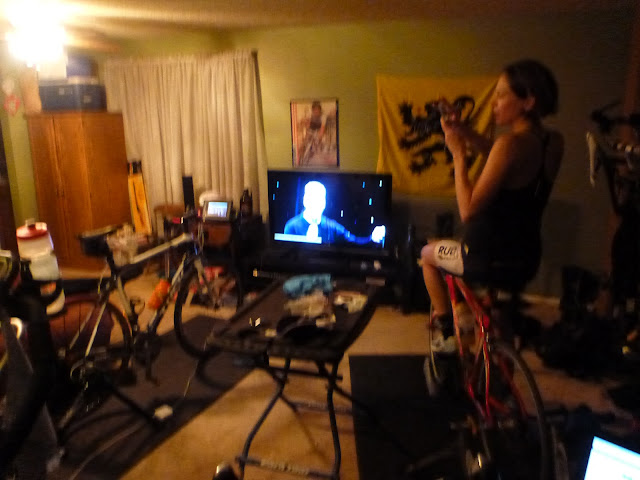 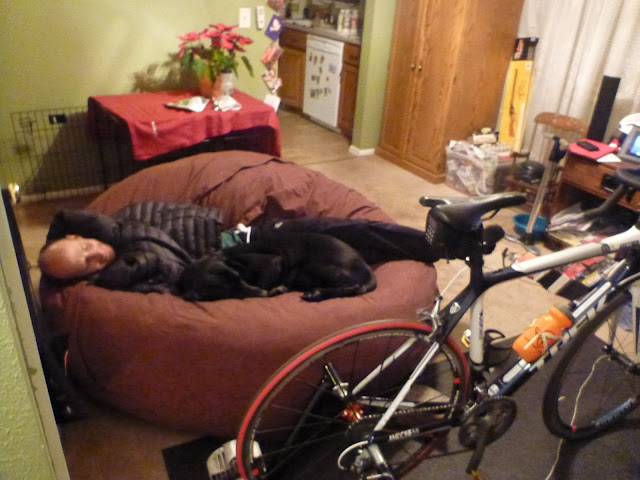 Ha! Until the New Year crept closer and closer and the bean bag beckoned....

I wish I had a tally of all the "You are nuts!" "No thank you!" "Are you crazy?" texts, messages and comments. Who does this? Who intentionally sits for 12 excruciating hours and pedals? Not many. I never dreamed I would do this to myself, but going in, I used it as a challenge--a challenge to see if I could mentally handle this amount of suck.

When 2013 came, I was definitely ready to NOT be sitting on that seat, but all in all, it wasn't that difficult physically. My legs, knees and hips were kind of tired and as mentioned, my seat wanted no part of that bike seat anymore, but mostly I gained confidence in my ability to maintain and assert mental fortitude with the ultimate goal of overcoming the inherent obstacles in 135 miles of cold Minnesota trail in a month.

Yep, always an adventure in my corner of the planet....clear up to the final seconds of the year.
Posted by Ji!! at 3:30 PM