As Real As It Gets 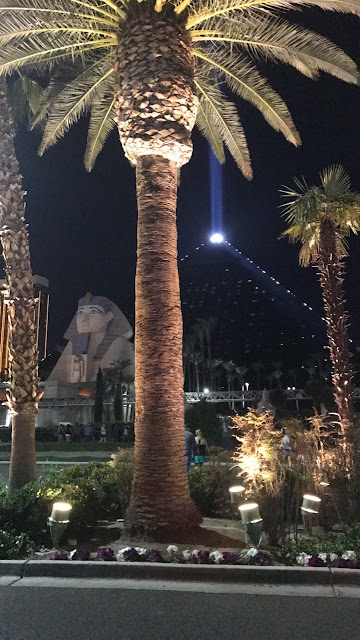 Last night, when I was standing in the middle of an enormous venue beneath Mandalay Bay on the closing night of a three day music festival with a nice little whiskey buzz going, the furthest thing from my mind was the unrest and uneasiness I had felt about 12 hours prior. For some reason when I got up yesterday morning all I could feel was a burning itch to get out of Vegas. My patience for lines and oblivious tourists was waning. I needed to pedal. Unfortunately, the junk they wanted to rent to me at the bike shop was not worth the astronomical rental fee, so I laced up my running shoes and drove to Henderson to scope out Sloan Canyon.

I ran mediocre trails in the heat, took some mediocre pictures and climbed to the highest rock I could find. It felt good to move and felt good to get out of the smog, the lights and the repulsive cigarette smoke that filled the lobby of the casinos. Mostly, however, it felt good to shed the nagging uneasy feeling I couldn't shake that morning at the hotel. Everyone I saw seemed either angry, exhausted, annoyed or sad and unhappy. It was an overwhelmingly uncomfortable feeling, so it took me no time at all to get my stuff together and get the hell outta Dodge for a few hours.

When I returned all sweaty, stinky and rejuvenated, my friends were just getting back from the pool. I jumped in the shower, poured a Crown and Ginger for the shuttle ride to the concert venue and was looking forward to an awesome night with good friends and good music.

After the next to last artist, a lot of us dancing like fools, a bit more whiskey and a million laughs, Chelsea asked me if I wanted to go. I thought for a second:

"Ok, well I don't think Julie is going to stay and we gotta get Kayla to the airport."

"All good, I will see you ladies back at the room."

Those were the last words I clearly remember saying or hearing before all hell broke loose. I was sitting in the middle of 25,000 people and really just taking it all in when I heard what I honestly thought was a kid's cap gun or redneck "Bubba" shooting off a bottle rocket he had managed to sneak past security. I looked to my right, looked up and the next thing I knew, the band was running backstage and everything went dark.

At that moment I think everyone said a collective, "Oh my God, this is real" and pandemonium ensued. I heard people screaming and dove underneath the makeshift bar I was near. Tables were being overturned, bottles breaking and purses, shoes, hats flying everywhere. A girl grabbed my arm and was shaking like I have never seen a human being shake. I was sandwiched between her and another girl who was calling 911. It sounded like a firing range or what I would imagine a war zone would sound like.

Hundreds of rounds were pelting the galvanized steel wall structure a few of us managed to get behind and underneath a table. My face and arms were slammed against the ground and the guy next to me was crying and yelling that he was not ready to die this young and asking why people do this. The girl still had a hold of my arm and was shrieking and crying. I closed my eyes and listened to another 20 rounds exploding all around us.

The silence that followed those rounds was spooky. An eerie calm came over everything.

I swallowed hard and opened my eyes.

I held tightly onto three complete strangers for the next five minutes while bullets zinged over our head and hit the wall and table around us. I was in complete survival mode which meant I could not let myself panic. It knew it was not my time to die and I asked God to just hold onto us through this.

The gunfire stopped and my instincts said run. Just fucking run and don't stop. So I did. I ran for the gate and never looked back. I got onto the strip and ran for the Luxor. The police had opened up a door and were ordering people inside. About six or seven of us ran through all the secret security rooms none of us will ever otherwise see in a casino and ended up out on the gambling floor. I looked up and saw I was in Mandalay Bay. By this time I had heard people yelling that the shooter was in Mandalay Bay and every fiber of my being said get out, keep running and get away from the crowds. I ran through the parking garage, down the stairs and onto some side street that would take me to my hotel.

I ran another 4.5 miles through back streets and parking garages following a road that paralleled the strip. I hunkered down beside the tire of an F-150 and looked at my phone. It was exploding with texts and calls from my friends who had made it back to the room.

I just sat with my head in my hands for a second and talked to God. My head was spinning and the sounds of the bullets were loud in my ears for a second or two. This was real. It wasn't the news, it wasn't TV. It was real guns and real hate raining down in Vegas.

Fear controls, kills and destroys. Keep going. Get to where you are safe. You know how to survive.

I ran the last half mile amidst sirens, red and blue lights, horns honking and cars speeding by me. I got to my hotel just before it went on lock-down and sat down on the couch. I realized for the first time that my arms and legs were dirty and I had minor scratches on my legs. I also realized I had no clue where the elevator was. I had been on it probably twenty times in the last three days and I must have passed it three times already looking for it. Nothing looked familiar and I could not find my way to the restrooms or drinking fountains either. So weird.

I finally found the correct elevator and headed up to my room in a complete daze. When I walked in, my friends had the news on, and at the time there were only two confirmed dead. The next hour was surreal. I don't really remember any of the conversations or what was said. It was like a big whirlwind of lights and TV and chatter that spun around and went in one ear and out of the other. I was still in my uber-calm survival mode, so every muscle in my body was tense, alert and ready to run. I don't remember falling asleep but I woke up at 3:30am on the dot and all I could think of was Cheryl Crow's song "Leaving Las Vegas."

So that's exactly what I did.

I drove nonstop to Hurricane, UT. It seemed like a 15 minute drive, as my mind was so focused on  the feedback loop of bullets, screaming and sirens that was running in my head. I stopped for some coffee and a quick breakfast and was on the road again. My muscles and jaw remained tensed up until about Page, AZ when I finally started to relax and semi-process the fact that the guns and bullets were real. Not cap guns. Not fireworks. The guy was shooting fish in a barrel below him.

I pulled off and sobbed until I had no more tears. I answered a few texts and messages from friends making sure I was ok and that was actually what I needed at that moment. I got going again and cried a little more, wondering what happened to the young couple from Idaho who were pregnant, excited and so crazy in love. We rode the shuttle with them everyday. I wondered what happened to the old guy in the bib overalls that was a hit with all the women. I wondered who was searching hospitals for their daughter, their son, their mom, their dad, their husband, their wife, their old friend, their new friend or their co-worker.

I am still pretty numb I think, but I had to write this. I did not get covered with blood and I did not watch any one die. Last night in Las Vegas, I lived a very different experience than the 58 dead and the 500 injured, however my heart is torn to pieces for the families and victims. I feel a mix of utter devastation for everyone and overflowing gratitude that I am alive and uninjured.

The hardest moment of the entire night, the one where I was utterly terrified, was before we knew the shooter was on the 32nd floor of Mandalay Bay. I laid on the asphalt as flat and still as possible as I thought there were multiple shooters walking through the crowds gunning people down. For a split second I wondered if it was a matter of time before one of the gunmen would come upon us hiding and blow us away. Was this really the end?

And you still really suck at skiing....