Ramblings of a Nomadic Dirtbag

Next stop on, uhhhh, "tour" was Ouray, CO last week for some high altitude snowshoeing. Leaving the bike home and meeting up with my awesome friend and kindred soul, Scatman, we tackled the Horsethief Trail which climbs high above this sleepy little mountain town. A long time cyclist, epic adventurer, badass thru-hiker and an all around great person, my compadre in crime from the rainy northwest came to check out my favorite corner of the earth for a few days. Hot chocolate and bagels from Ouray's Backstreet Bistro started the day and the views on this 9 mile round trip effort were nothing short of impressive. 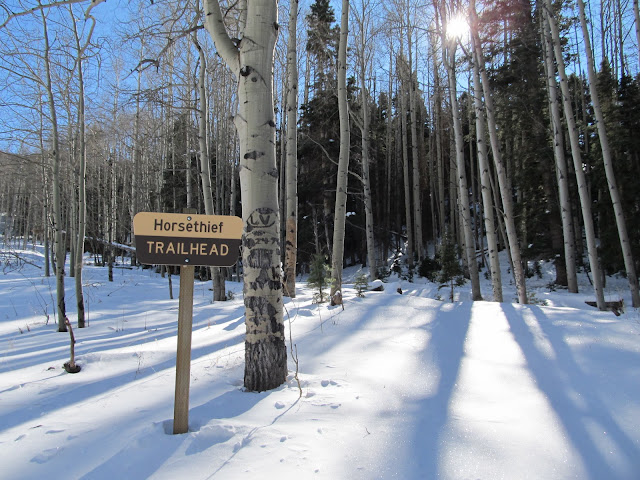 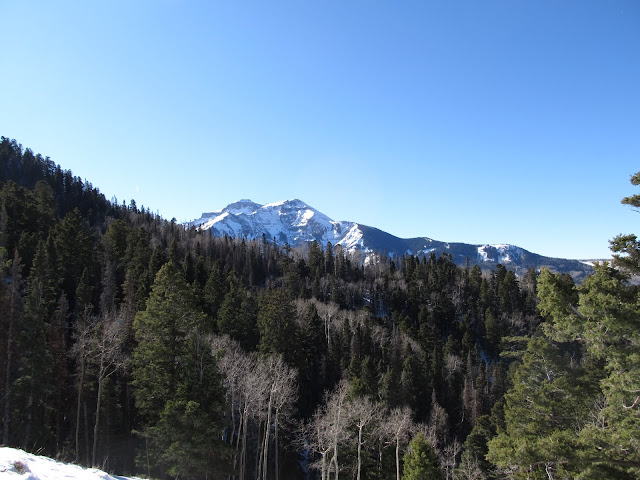 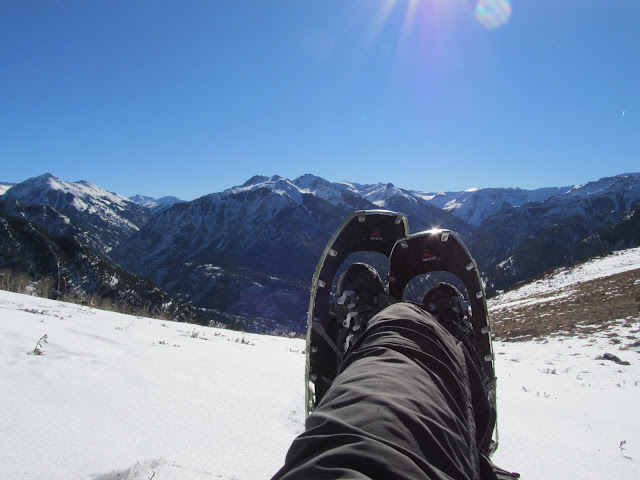 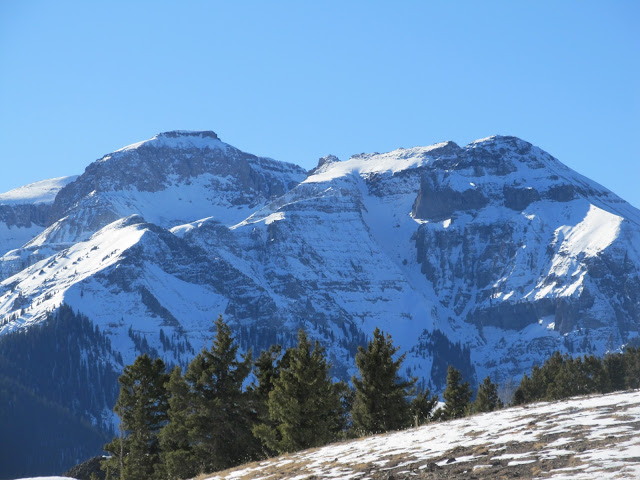 We climbed just short of 3000' in approximately 3.5 miles. There really wasn't much snow for the first part of the climb as you can see here:


It became a considerable effort, however, as the snow got deeper and the altitude increased. Quite the cross-training workout! 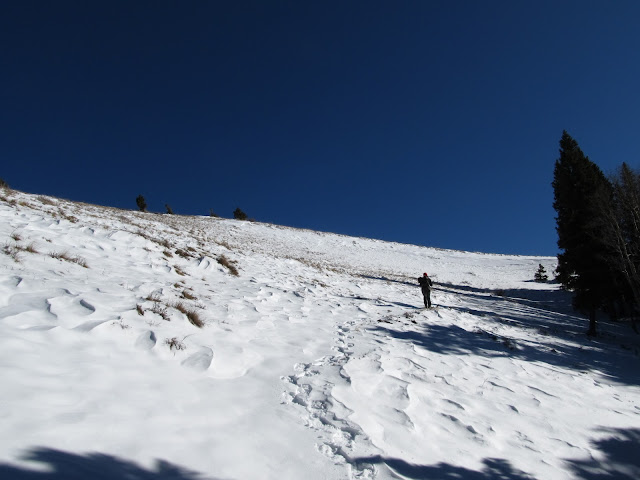 We had to stop short of our Bridge of Heaven destination due to darkness and sketchy trail conditions, but any time spent anywhere in these mountains adds meaning, happiness and years to one's existence as evidenced by the following: 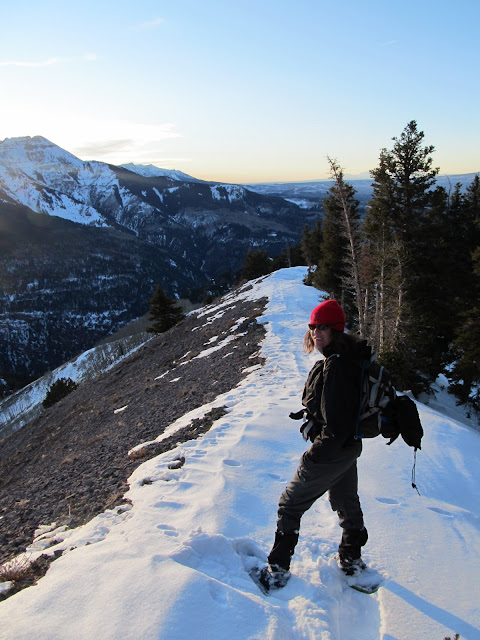 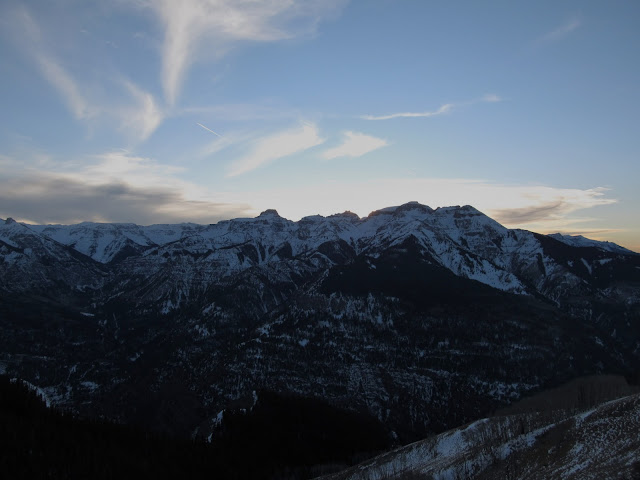 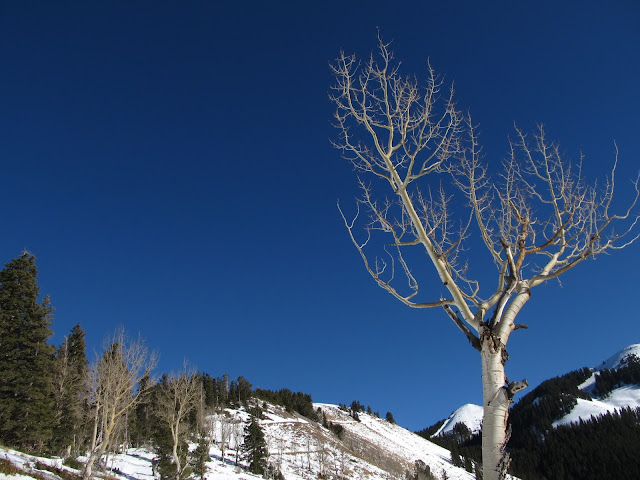 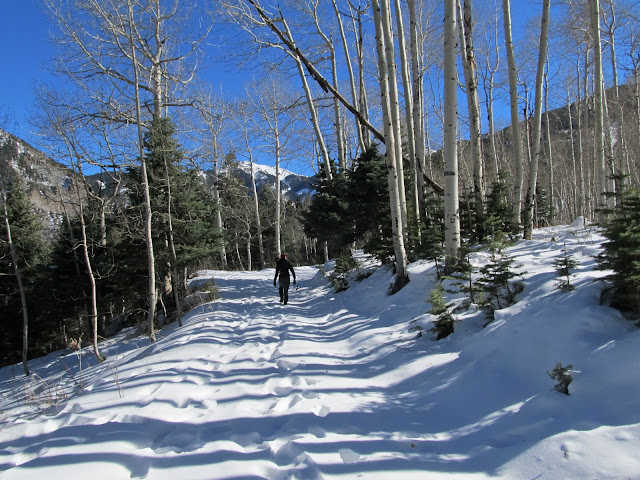 After a night in Ouray, a day in the town of Durango and a night with friends in Bayfield, we found ourselves at the West Fork of the San Juan River ready to do some more shoeing, camping and remote hot springing. 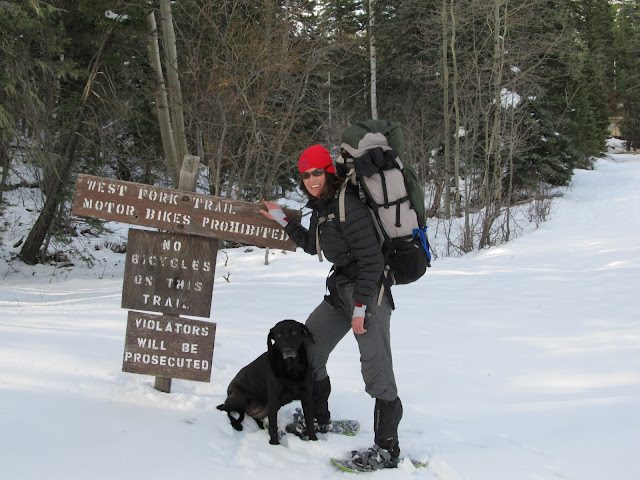 We went in about 5.5 miles to some unnamed hot springs on the river and set up camp. 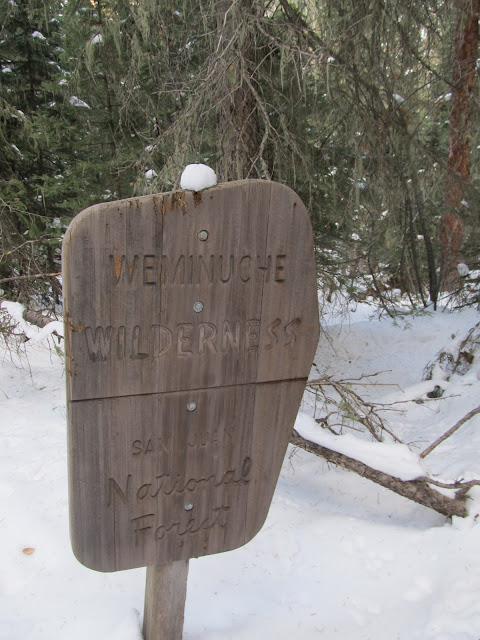 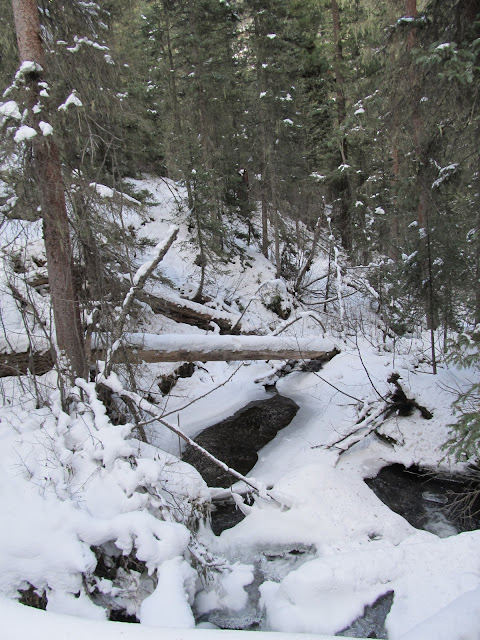 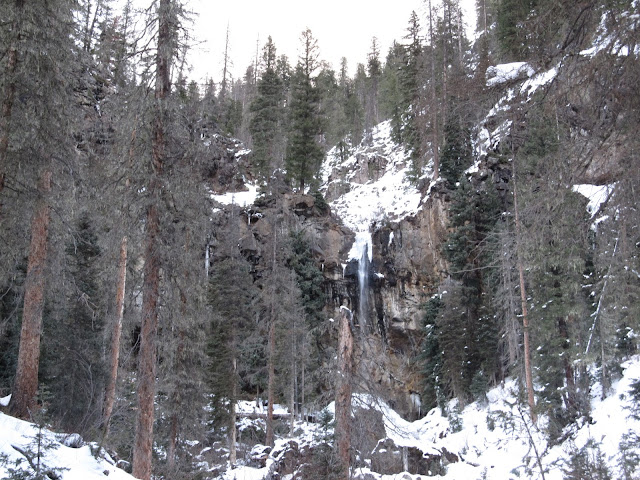 After cooking dinner, a warm campfire kept us from getting in the hot water below the bluff on which we were camped. 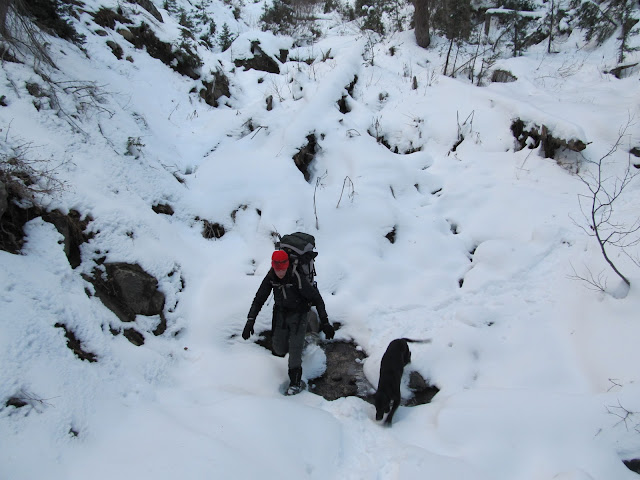 The sub 100 degree water and an ambient temperature in the mid 20's (F) made a morning soak much more appealing. Hours of campfire time under a huge sky filled with stars put the world right again and I crashed out in a warm down bag for the night.

The next morning we hiked down to the river, towels strewn around our necks with honest intentions of getting in the pools. 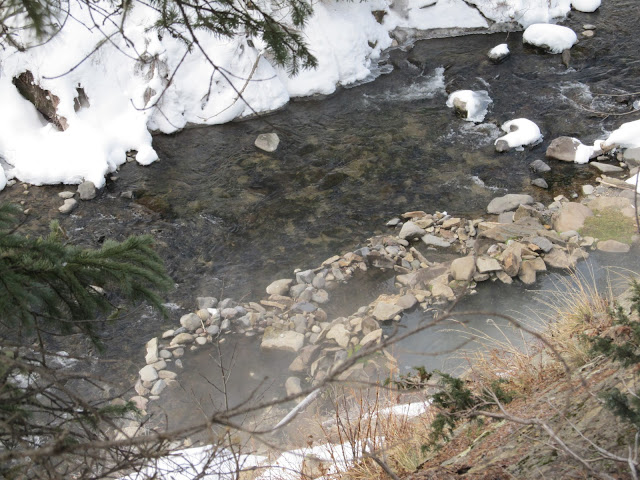 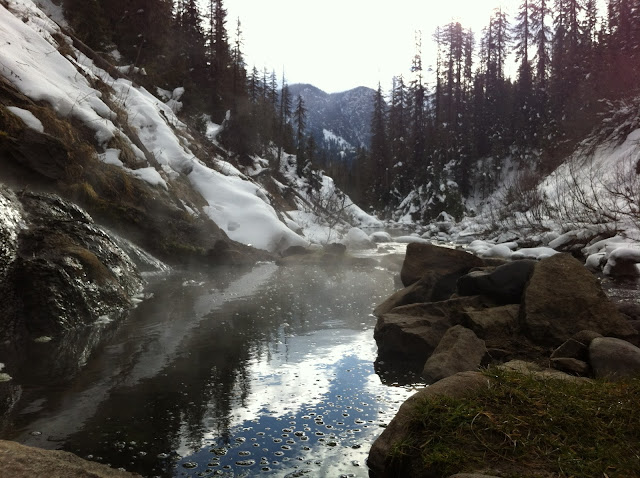 But after some childlike rock hopping and exploring, we decided that the water temperatures and depth were a little less than desired for the cold November air. Translation: We are whiny wimps!

So, we broke camp and headed out to the road all the while savoring views like this of the Weminuche Wilderness: 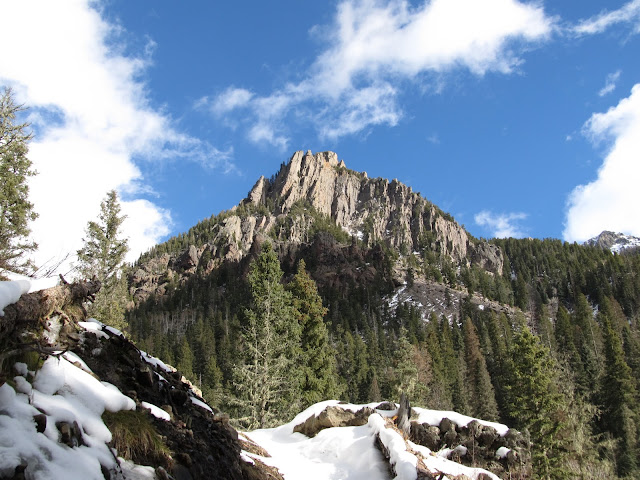 The drive north to get Scatman on a plane back to the rain of the Pacific Northwest humbled us with views of the Sangre de Cristos in the early evening light of winter. 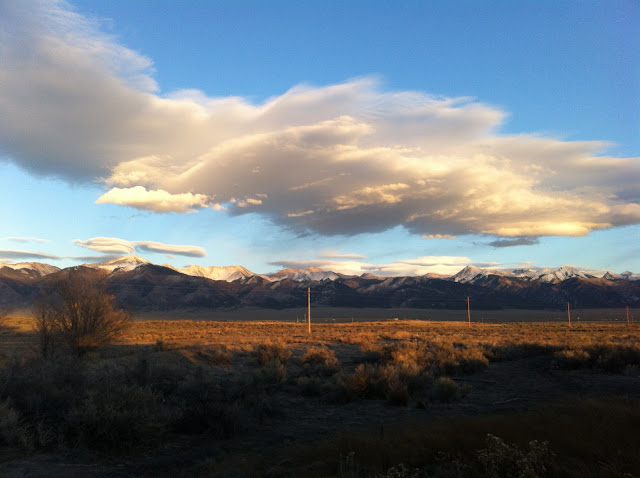 A few more random pics from the journey: 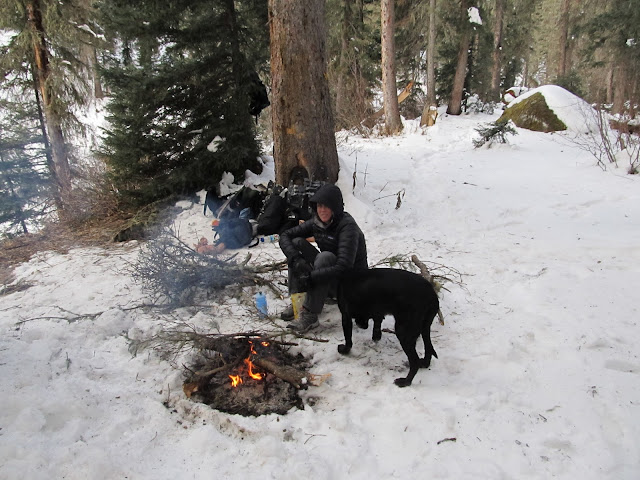 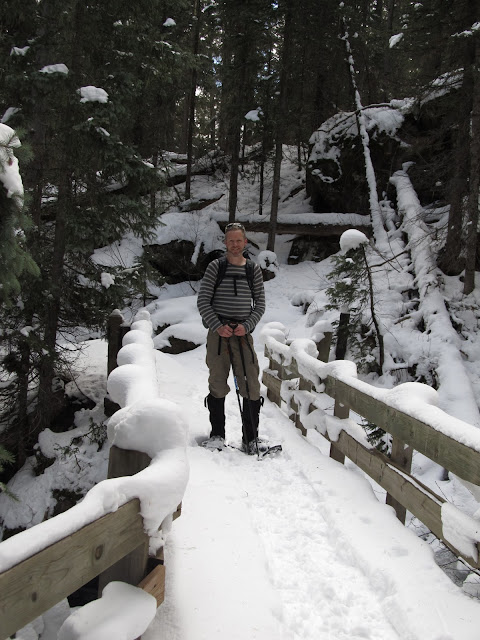 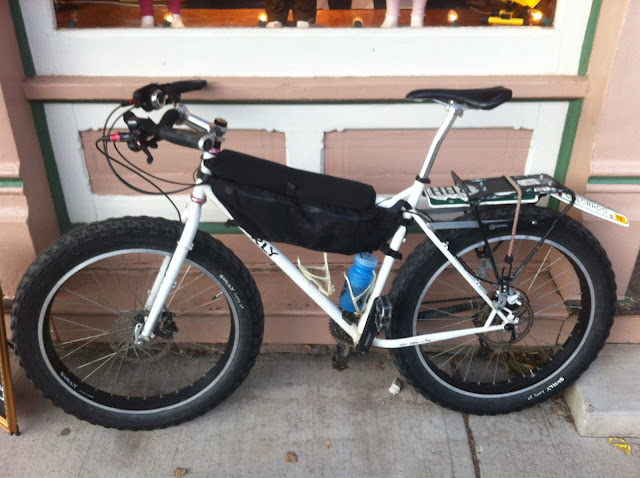 And I leave you with this... 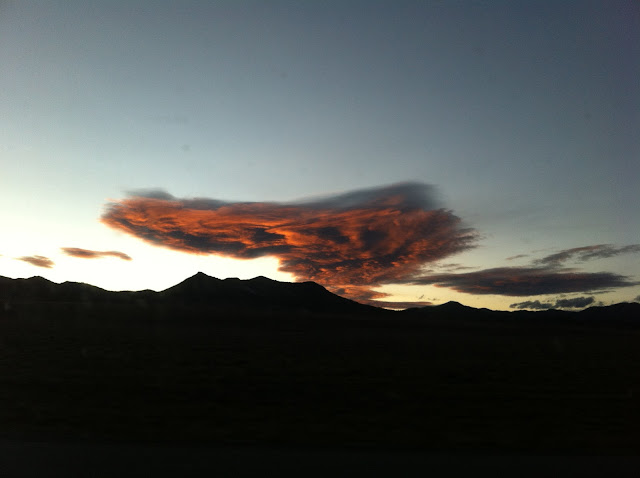 So...Go do epic shit. Don't Sit Around. Life is too wild and precious!

Up next...the fatbike plan. I have all the pieces here except the rims and tires.
Posted by Ji!! at 2:49 AM