Some Voodoo and My Ugly Single Speed

Yes. I have names for my bikes. Stop laughing. They are my “horses” now. The Superfly is Carl (thanks to the Talking Carl App, a good friend and MAYBE a bit of Crown one evening in November),  my road bike is Ned and my single speed is Celeste. Celeste is ugly. God awful ugly. In fact, before the rattle can job someone put on her Bianchi frame, the letters C.U.S.S were present. Celeste Ugly Single Speed.

And so she was christened. I found her on Craigslist for $400. The components really aren’t that bad. Someone put some money into building her and I was excited to go take a look and buy my first mountain bike just under a year ago. The fully I was riding was a hand-me-down borrowed Specialized that I have described in previous entries (his name was Brownie..yah, boring), so I had never been the owner of an actual MOUNTAIN bike. A very dear friend knew how much I wanted this bike and actually bought it without my knowing and surprised me about a week after I discovered she was sold.
I love to climb (sick in the head, I know) on this bike. I love the fast, flowy Voodoo Trail. So, when Voodoo Fire registration came up months ago, I entered.
Fast forward to race day--April 23, 2011.
I met Jen and Erick at Park Meadows to carpool down to Pueblo. Including the 5 minute nap in my car, my sleep total was about 50 minutes. I had just got done pouring drinks all night and was pretty exhausted so I was looking forward to sleeping all the way to Pueblo. Celeste was in the back of my car and I had just picked her up from the shop about 12 hours prior.
Erick: Um, did you know your back tire is flat?
Me: Shut the [expletive] up…you are joking, right?
Erick: uhh, no.
How can a tire go flat after I carried it to my car a mere 12 hours prior? Whatever. We loaded up and I was unconscious until we rolled into Pueblo. Getting ready, we found a tiny thorn in the tire that must have punctured the slime tube. I had one spare tube that exploded inside the tire with only 35 psi. The noise made Jen’s ears ring and I just laughed in utter disbelief. Luckily, the awesome guy parked next to us loaned me a tube to use and I carried a slime tube as back up. What is with my tire karma lately? Whatever it was, the bad voodoo ended with the tube exploding. Done. Finished. Gone....Poof!
The race course was changed at the last minute due to the Voodoo Trail being under water I heard. Ok, so all the fun, perfect single speed stuff was gone. I was good to roll with whatever. The neutral roll out started on a paved road and a gigantic bottleneck occurred at the point the course turned to singletrack. I was in the back third of the pack.


﻿﻿
﻿﻿ I had to smile a little knowing that I was on a really ugly bike that cost roughly half the price of the front shock on the bike next to me. But I love Celeste. And this is what I signed up for. Someday, I want to build a really sweet SS. Someday it will happen. J 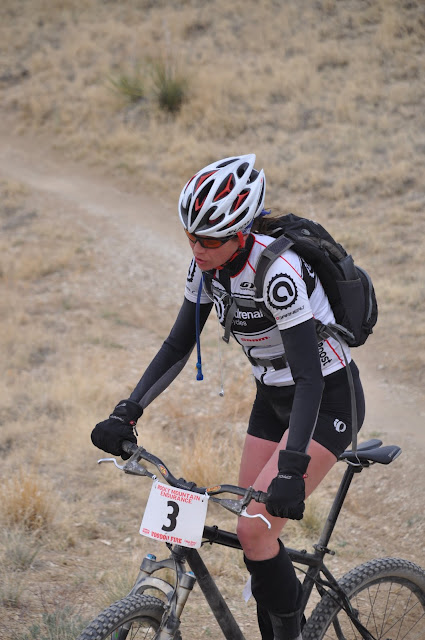 So, I can’t use my five race resume as legitimate experience from which to speak, but why the long neutral roll out? Wouldn’t a staggered start or a shorter roll out be more logical? This would allow us to get things sorted out on the wide, paved road before the ridiculous bottleneck. I waited. And waited. And waited some more. Found a good playlist to rock. Waited some more. I slowly walked my bike up the first hill and carried it through the rocks behind hundreds of other bikes. I would have loved to be about 150 bikes closer to the front at the very start, but my name was certainly not called and I didn’t want to be a jerk on the road and go pushing and shoving my way to the front. Frustrating, but I took it in stride and decided to just ride a solid, steady pace. I was miles behind and my goal for the race quickly became even (or negative) splits on the three 23-mile laps. I felt like a hamster inside a wheel on the long, flat double tracks. God, I was slooooooow. But, I killed it on the hills, the tiny bit of technical rock and the flowy singletrack. I found myself riding a good pace for the majority of the race with a quick little dude on a nice Surly.  I found a pace and I kept it for 69 miles. I never felt fatigued and I had a good time. I can’t say I truly enjoyed the route the race took, but I can say that any day on my bike is a good day.
I was 5th in the Women’s SS division. Ha! I only saw one other woman on a SS and that was at the bottleneck. She was about 50 or so bikes ahead of me, pedaling away as I stood in line to walk over a rock.


Here are some more pictures my awesome, supportive friends, Jen and Erick took. They are two of the coolest people on this planet. Thank you, again, guys!! 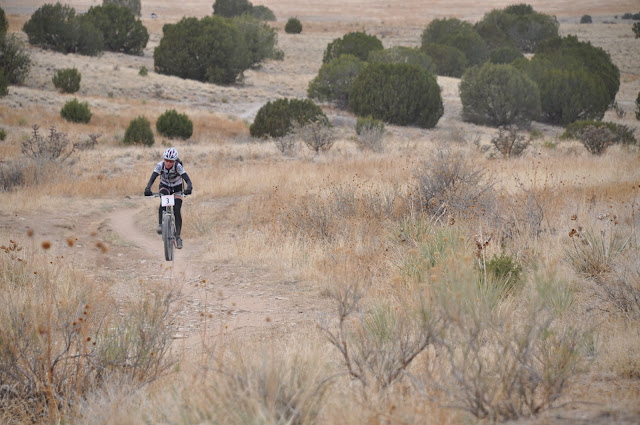 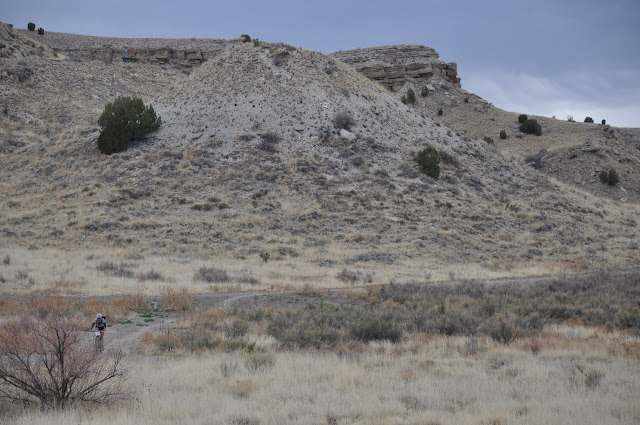 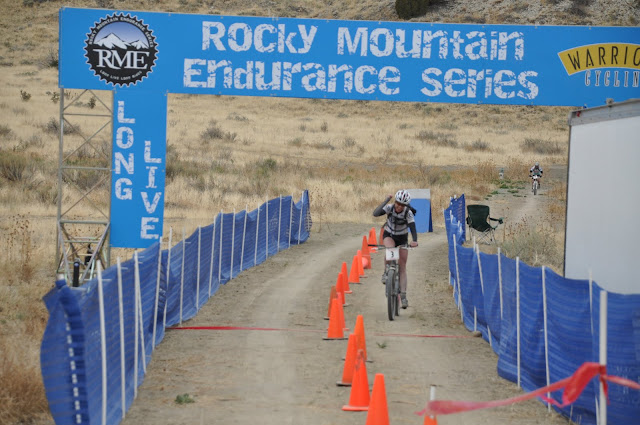