I opened my eyes last Friday morning and peeked out from under my sleeping bag to see four cows bedded down under the tree only twenty feet away. My night’s slumber with my new bovine friends was a bit windy and maybe a bit too brief, but I excitedly sat up and began repacking my gear onto my bike. I watched two other racers wake up across the road and start packing their bikes to begin the 300 mile journey to Picketpost Trailhead. Soon, car loads of bikers and bikes rolled up poured out into the parking lot. 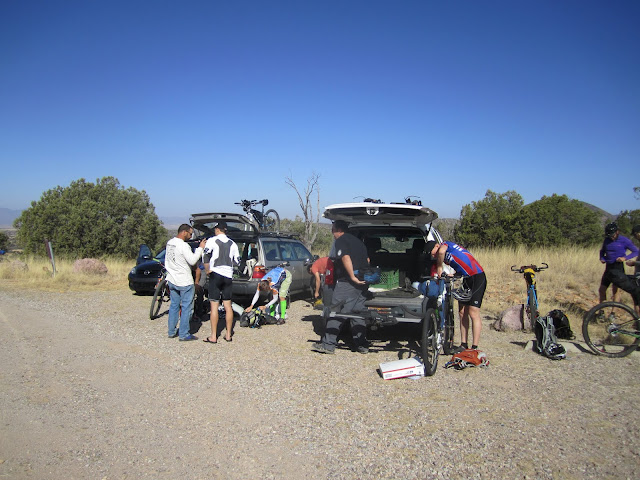