Who goes to South Dakota to race a fatbike?

Or....really, who goes to South Dakota?

Honestly, I never thought I would make Sioux Falls, SD a destination for pedal time on the Pugs, but this weekend proved the waaaaaaaay overused cliche (up there with the words "major stokage," "sufferfest" and "pain cave") "NEVER SAY NEVER" to be, once again, applicable to my world.

So when I found myself in Rapid City the night before for work (who also picks up the tab for gas) and there was a fatty race five hours away, really, there was never a question as to whether my beautiful bucket of junk and I were going to spend some time rolling on flatlander territory. The entry was cheap and since my life's manifesto can be found on a Taco Bell sauce packet that also serves as the wallpaper of my fancy flip phone, 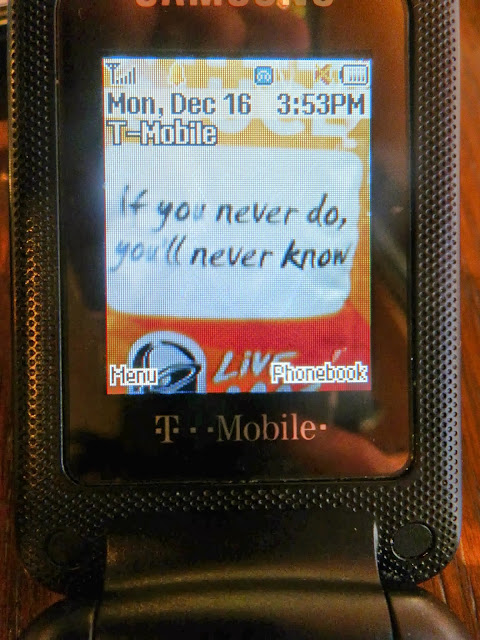 I was in. I knew that lack of any good sleep would make it a long day, but when my bud, Kevin, and I rolled into a chill, little Irish Pub in Sioux Falls, the morning looked bright and we were greeted by awesome people and a killer breakfast. Techs went through all the racers' bikes (uhhhh, did I fall asleep and am still dreaming? This happens at races? Wow.) and after a short, prerace meeting, we were rolling on flatlander turf.


My brain did not grasp the fact that it was not asked to climb some God-awful incline within the first 1000 feet of the race. My legs were spinning my 32x20 setup like mad. I described the first 17 miles of the race in a text with a reference to a hamster inside a wheel. I spun my heart out to cling to fourth and fifth place. There was a washed out bridge section that provided a short hike a bike through the snow and then it was back to hamsterville. I was warned of the upcoming double-track slog and soon it came into sight. I could see the leaders pushing up and I was in fourth place at the bottom. I am pretty sure the trail running bug I acquired helped me here because after about 15-20 minutes of HAB, I found myself out front on the descent. This was a new experience for me, as I have never led a race outright. All the boys were behind me still on the hill. I looked back, thinking surely I had taken a wrong turn. I caught a glimpse of Adam just cresting the hill as I made a sharp left and began spinning away on pancake roads. Adam caught and passsed me on a snowy bridge and we chatted away through some curves.

After a hard right turn, I heard the words:

"And this is where I won't see you again until the end."

Yeah right, I thought to myself. A mile and a half of climbing lie ahead and I knew my time in the front was done. But, true to my nature, I wasn't handing anything to anyone so I gave the Pugs his head, kicked him in the belly and climbed up South Dakota "hills" to the finish at Calico Lakes Winery. I saw a huge red flag and didn't realize it was the end of the race until I saw the sign saying "Welcome Fat Bikers! You Rock!" I looked back and didn't see anyone, turned left and pedaled up to the front door.

A few pictures and a few minutes later, Adam came cruising in. We drank wine, ate cheese and crackers and waited for the rest of the racers to finish before being shuttled back to Sioux Falls and a killer spread of sliders and artichoke dip at the pub.

Overall, I cannot say enough good things about the excellent organization, hospitality and high quality people that put on this race. Nothing like this have I ever seen at any race. I have paid far more for far less and the folks from Two Wheeler Dealer in Sioux Falls set a great examle of how to put on a race. What's even more amazing is they had thirty days to put this together.

Bravo, bravo, bravo! I am so full of gratitude for your efforts and friendliness. The inagural Riddlebox Winter Ultra was fantastic from an organizational standpoint. Being from Colorado, I am admittedly spoiled rotten as to the quality of riding, but somewhere out there I began to respect the network of flat roads and those who devote hours of their existence on them. I heard rumblings of a much longer race next year and if you are looking for one--get your fat bike to South Dakota in 2014!

The big highlight of the race, however, was Kevin, who stepped onto the men's podium for the first time!!! A heart like his for people, the outdoors, adventure and just recently, fatbikes, should not go unnoticed. YES, KEVIN!! Great job, my friend.


Tons more pictures and results can be found HERE.