If I could locate the keys to my time machine, I would take it for a spin to about two or so weeks ago and I would do the Vapor Trail 125. I felt great. I was itching to be on my bike. Nothing hurt. Hell, nothing even really felt hard to climb. My legs felt fresh, fast and strong. But, because I knew I would be leaving for Oregon for the MTB Marathon Nationals, I sat at home and watched dots move across the screen. Yeah, I am not really the "watching" type. Especially when the moon is full, it is September in Colorado and the VT125 course is what it is.

My rationale was I didn't want to crush myself and be in a hole for Nats. Save the legs, be rested, you know all the terms and cliches. Well, the rest did nothing to prevent my quads from cramping so badly that I quit. At mile 18 of 54. Yeah, it hurt that bad. I had nothing to make the crank turn. Nada. Zip. Zilch.

Insert time machine access here. I would go back in a minute, because I regret sacrificing the VT125 experience for the rest I thought I needed. (Spoken like a true rookie, huh? I know.) But,  I am who I am. The beast can be trained, but never tamed...

A loooooong drive from Colorado put me in my hometown of John Day, Oregon on Thursday the 15th. I saw family I hadn't seen in over 3 years. My 80-year old grandma never ages. Seriously. She still looks 50. Wow, I do hope those genes crossed over in my favor.

It was good to get back to where I grew up even though I only spent a day there and rode a short, easy road ride with my mom into the nearest town. We left the next morning for Bend which is about 3 hours west. I met up with more family who had made the trip to come and watch and ate some lunch. I went on a short, easy pre-ride in the early evening and felt good. I remember being really thirsty afterwards and pretty much all night. I crashed out early and I was excited and anxious for a good race in the morning.

I got up feeling not hungry and not thirsty. A bit unusual for me. Thinking back, I didn't really drink as much as normal although I did eat pretty well. For being as thirsty as I was the night before, it was kind of odd that I just didn't really want to drink much the next morning. I wrote it off as nerves and pedaled a short mile or so to the start line from the hotel. There was one hill on the way and as soon as I started up, my quads burned. The morning was brisk and chilly and I was not warmed up at all, so I didn't worry about it, but distinctly remember my thoughts at the time: "Ugh, I hope this isn't how all the hills are going to feel today."

Hmmmmmm, a bit of foreshadowing? Yeah. Unfortunately so.

I warmed up slowly for a long time. I felt good. Fresh. Ready. I met an Adrenalin teammate for the first time ever about 30 minutes before the start. And, he ended up taking the bronze.Way cool. (Ha, nice to know that we both traveled 1300 miles and are on the same team. But that is about par for my "team" this summer. More on this in a few days, because it just changed today.)

The start was a neutral roll out through a couple of roundabouts and a 4 or 5 mile paved ride to a double track. I stayed back a ways for the first mile and slowly meandered my way to the front when the car pulled over and let us go. I grabbed the wheel of the leader and stayed there most of the time.

Four of us took turns pulling each other in a line through some wind until we turned off onto the first double track road. The pace wasn't anything too fast on the pavement, so I jumped into second and used the leader to pace myself. The road was dusty, hardpacked and fast. About a mile later it became sandy and deep as well. There was one super steep hill that was a quick hike-a-bike to the top followed by a fast downhill. I had fallen back to fourth and couldn't get around the girl in front of me on the downhill. Leaving the line would have been stupid as it was really deep on both sides. I finally passed everyone on the flat double track that followed and began the long, gradual climb. I was going a little harder than I wanted, but kept pushing on. I started to feel tired and my legs were slightly burning. I looked down and saw we were only on mile 9. I could hear girls shifting behind me and became frustrated with my lack of power. In the next three miles, two girls passed me and I could not stay with them. I looked down. Mile 12. Somewhere between here and Mile 12.8 both my quads did this:


First cramps I have EVER had like that on the bike. I don't know what cramps are. They have never existed in my world. The only other time was in Arizona back in April. They were gone as quick as they came and not nearly as intense and painful.

Another medium hill. OUCH! A short downhill followed by some flat, fast trail. I had no power. An incline. Misery.

I slowed waaaaaaay down and got passed again. I came to the first rocks on the trail and got off slowly. I sucked down some electrolyte gel and some water. Determined to ride this off, I started pedaling about 5 seconds later.

Passed again. I stopped for a second time and drank more. Another gel. I waited this time, leaned against my bike and put my forehead on the seat. What the hell was happening? Then the mental demons of self-doubt, frustration and anger crept in and began to bash me in the face.

Passed again. This time it was by the eventual winner of the 40-49 group. I felt like screaming. Where was my body? The one that I needed, dammit! Not this noodle-legged rag doll that was trying to pedal.

I finally made it to the aid station at Wanoga Sno-Park and began stretching, massaging and trying to convince myself to continue. I watched about ten women pass me. I stood up. I pushed my bike a few feet and started up the first little hill out of the Aid Station: 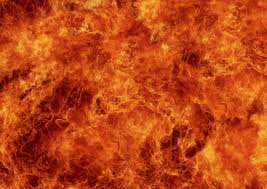 Nope. Not happening.  I got off course and coasted down the Cascade Highway into Bend. That was the end of my 2011 MTB Marathon Nationals. All 18 miles worth.

There are many reasons why shit blew up in my face. Oh, believe me, I have been through them numerous times. From the tiniest detail to the most philosophical stretch.

For the first few hours, my mind raced: I want things too much. I push too hard. I need a solid training program. I am a total beginner who has ridden for less than two years and just started racing in April. A crash was inevitable. It happens. It will happen again. I learned valuable lessons. I am hugely disappointed. There was no one there I could not have beat. It was an expensive trip.....and on and on and on.

It's human to analyze. It's female to overanalyze and its Jill to uberanalyze. But this time, I don't feel the need to beat it into the ground. So, I am going with this simple conclusion:

Learn from it. Let it be. Shrug it off and move forward. 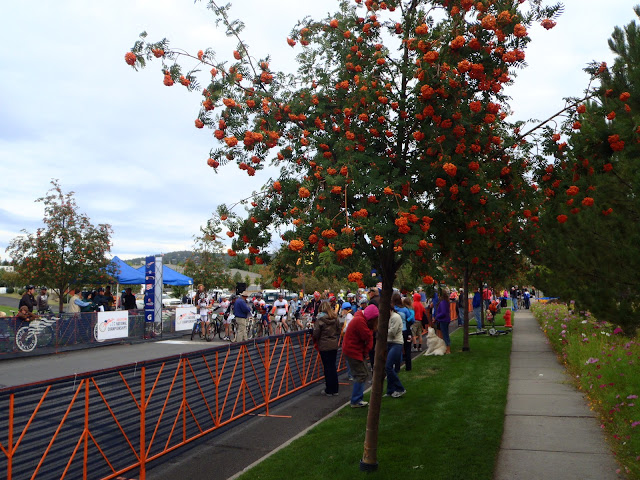 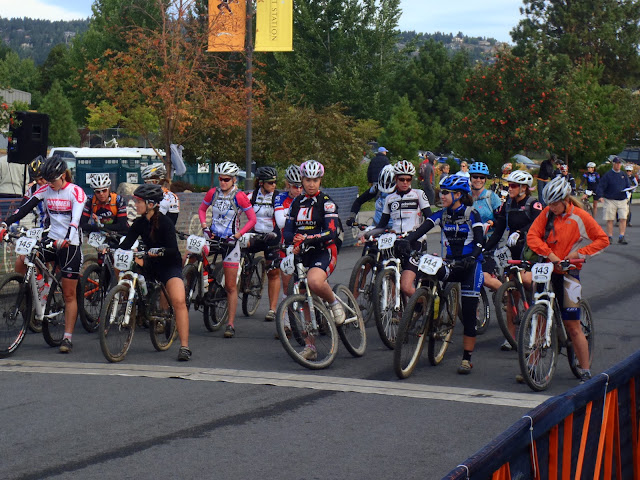 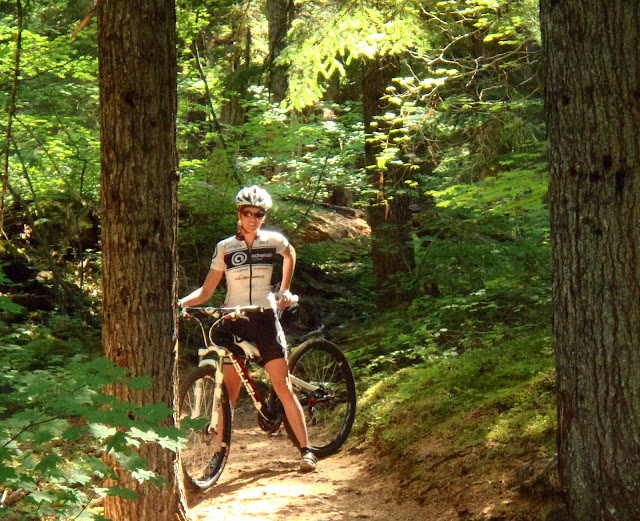