An Evolution of Femininity

I once was asked to draw a picture of how I saw the essence of femininity. It was shortly after my divorce, a painful time to which I responded with superwoman-caliber "strength." I fortified the walls, forged through the stress, charged through the disappointment and the sadness with a headstrong, trust no one, hellbent-to-make-my-own-way style of attitude. Thus,  it was no wonder I scribbled out this on the sheet of paper in front of me:

This, to me, was the essence of femininity. Women whom I respected and admired exemplified strength, self-reliance and were all very capable of virtually anything. This was beautiful and feminine to me. All the normal social constructs-- image, clothes, nails, hair fell under the catergory of superficial rather than feminine.

The pillar image pulled me through the entire decade of my roaring 20's. I needed to know that I, alone, could do whatever I set my mind to accomplish and I really was a pillar. No one was getting inside. And, for the most part, I was ok with it on the surface because I fit my own notion of femininity--strong, self-reliant and capable.

Then, around age 28 or 29, I began to identify, acknowledge and understand something that had always been present within this pillar. I call it my fire. Why? It fits my best notion of a life force I cannot see or touch. I can only feel it, be aware of it and strive to find the best times to harness or unleash it.

It is my fire for life. And, oddly enough, it is twice as strong as any pillar. This fire has crumbled the rock-hard, cold surface of the pillar and revealed a new essence of femininity in my mind.

Now, it is a softer picture that I want to draw. One involving the image of flight, of freedom, of simplicity--an image of the beauty of nature and the strength (ha, that notion hasn't changed) I draw merely from the complete awareness and bliss of existing.

I know that it is a strength that will endure long after the pillars crumble...

So when I saw this picture, I felt a jolt in my soul. I can't draw my way out of a paper bag. Unfortunately, I have no aristic ability to transmit or convey what I sense and feel. I could, however, write an extensive post on the places I have been on my feet and on my bike that take me right here in my mind. 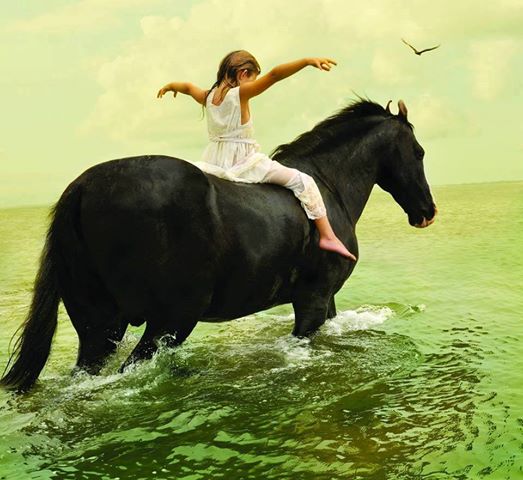